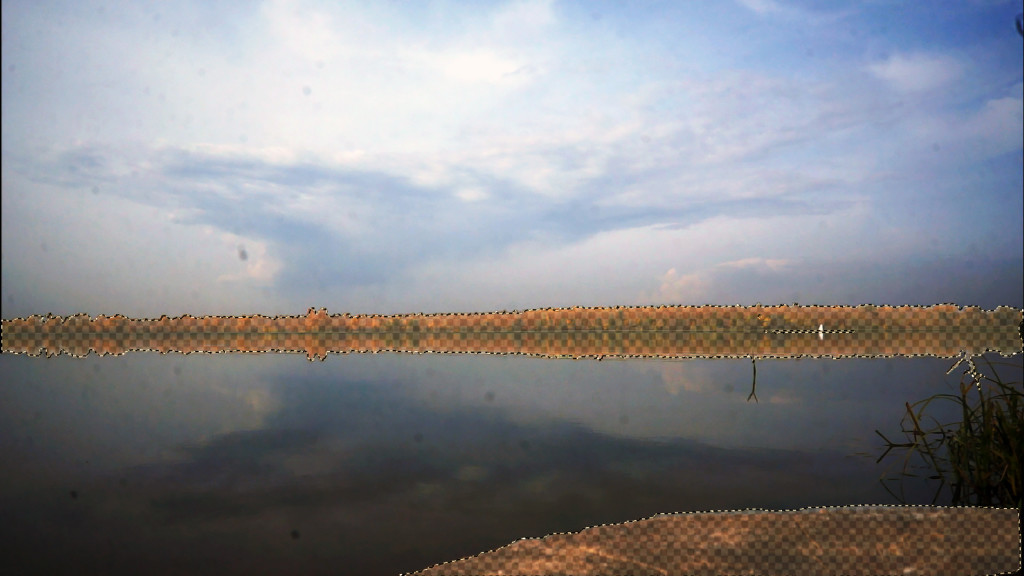 Another kind of visual aesthetics, which operates Oleg Elagin, the hybridization of visual language, which is inseparably connected with the dematerialization of the material world. In the video “20% transparency of nature” (hd, videos, 2015) the natural landscape is transformed into a dialog window in the video processing program. The river becomes the selected fragment with the changed transparency. Visible through the texture transparent for digital cellular background, is the same pattern, which is the leitmotif of Elagin’s oeuvre. Images software matrix literally drift through the electronic horizon crystallize the modern human condition. They happily fixed in the recording space of everyday life. Here the usual Volga landscape passed through the prism of software, becoming a hybrid reality of the XXI century. As the artist says, combining everyday objects and processes with digital technology, he is increasingly convinced that “digital” has become in our time the same “natural”, “digital” approximately equal to “analog”. One has only to think of the term “digital nature” and it becomes clear that it is the same nature, the material world of the Universe. In the evolution of humankind is inextricably linked with the development of technology laid this relationship with it, from which it follows a logical process of technocratization of the world, the hybridization through different media, and in the video “20% transparency of nature” we observe a new post real landscape, which has already become the usual habitat.