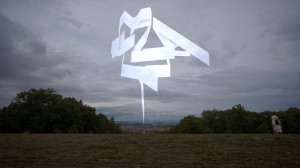 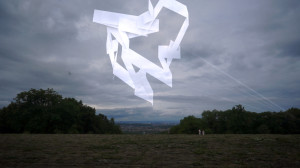 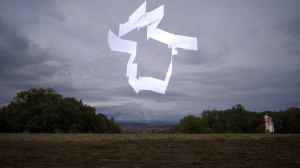 Continues the theme of hybridization and additionality a video “Catch abstraction” (hd, videos, 2016) in which technologies allow not only to complement the visible reality, but rather to reveal the invisible processes. On a flying saucer to play Frisbee, which are throw the characters of the video, fixed a few points, projected on the plane of the screen. When you move the disk these points make abstract patterns that makes visible the imaginary interaction of screen plane and display of volumetric space in the frame that complement each other. Thus, we see the shift and distortion of the conventional parameters of time and space, the existence of abstract parallel digital world that is real. In this visualization of additional processes, so-called structures of lack, the artist presents his own vision of order – game, which is his personal alternative world, alternative forces in his artistic world.